Original record for Jimmy Ray White. Jimmy served in the U.S. Air Force during the Vietnam War. These documents are dated 2004, well after his Honorable Discharge from the Air Force. Jimmy, originally from Kearney, Nebraska, reenlisted to the Air Force several times before the conflict in Vietnam officially ended. Jimmy was father to Andy White. Jimmy passed away in 2004, the same year as this case, after extensive chemotherapy and a long illness.

This document is significant because it shows the full-effects of PTSD combined with the effects of Agent Orange gas poisoning. According to his sons Andy and Cullen White, Jimmy used a variety of substances in an attempt to self-medicate himself (illegal drugs and alcohol). This, combined with his reenlistments, illustrates that PTSD was prevalent in those who served in the Vietnam War, and needed more recognition than merely calling it "shell shock." Also, it shows that PTSD is not a "new" ailment for those who serve in active duty.

In this document, some editing has been done by Jimmy Ray White himself. His writing is indicated by everything written in all capital letters, and he has highlighted some areas as well. According to his sons, some of Jimmy's added information is incorrect (such as his indicated that he never used drugs, or that his mother, Patricia M. White (now McCullough) was incompetent), illustrating the deep effects of his PTSD combined with Agent Orange gas poisoning. 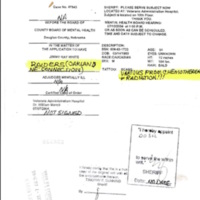 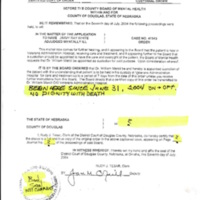 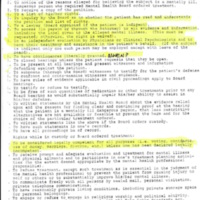 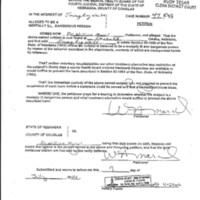 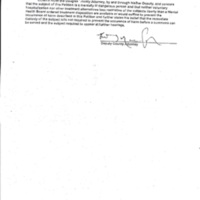 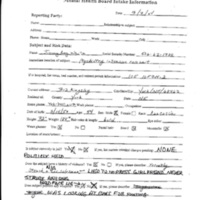 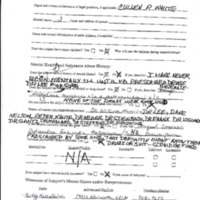 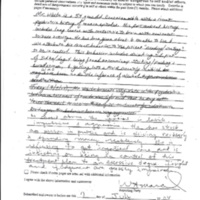