This letter sent from the Civil War battlefield in Georgia is the only one left with the granddaughters of Samuel L. Roberts and is a vivid source on the life in the Union Army towards the end of the war.

Born in Ohio, but living in Indianola, Iowa in 1861, Roberts was only 18 when he enlisted. The 15th Iowa Volunteer Infantry Regiment where he served was mustered in 1862, and was engaged in the Battle of Shiloh, and the Second Battle of Corinth, where the Confederate army captured Roberts and later exchanged him in Vicksburg, Mississippi. Despite the pledge upon parole "not to take arms again" he probably never quit the service and in 1864 participated in the Atlanta Campaign with the 15th Iowa. Roberts probably wrote a letter in three sittings using black ink, pencil, and blue ink near the sight of the Battle of Kennesaw Mountain.

Roberts started the letter with excuses for not writing for "several days for we have been fighting nearly every day," and the news of his health ("have escaped so far the shot and shell") and other "boys" wounded. He followed with the detailed description of the battle and the Confederate army running away ("the cowardly cusses couldent stand our bayonets so they showd us their heels") and ended with a description of the drunken commander's suicidal order luckily averted by other commanders. Among other things one can see how important the 4th of July celebration was for the Iowan (he mentioned the date twice), what Union soldiers ate (Sowbelly – salted pork) and drank (coffee), and the everyday expressions they used to call the Confederate soldiers (the rebs, the butternut devils). 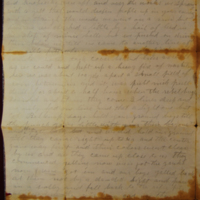 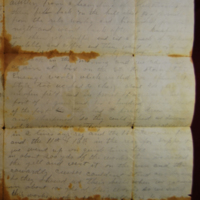 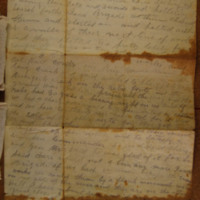 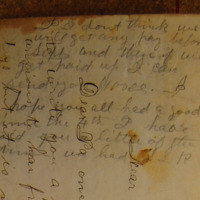