Joseph Littlefield at the Grand Army of the Republic Reunion

Joseph Littlefield at the Grand Army of the Republic Reunion

Joseph Littlefield, pictured here sitting in the front row, second from the left was a member of the Prairieville Grand Army of the Republic (GAR) chapter while he homesteaded in the Clear Creek area and always travelling to the veterans' meetings and reunions, like the one memorialized here. In this photograph he is wearing his GAR badge, a five-point star made of bronze of cannons captured in the Civil War battles and connected with the clasp by the American flag.

The Grand Army of the Republic was one of the more populous Civil War veterans' organizations, founded in 1866 in Decatur Illinois and dissolved in 1956 when the last GAR member died. At its height in the 1880s and 1890s GAR was a powerful instrument of establishing veterans' pensions and other benefits, and lobbying nationalist and regionalist agenda in politics. 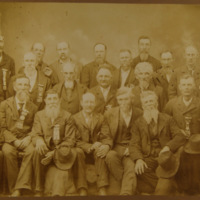 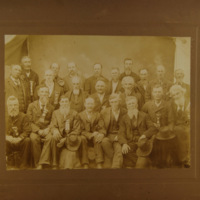