This Trippensee Planetarium c. 1900 was created and originally used for educational purposes in a classroom setting. It had possibly been found by John Spahr in a schoolhouse near Shelton, Nebraska. The object is made of various materials, and still functions properly. The Smithsonian website for the National Museum of American History notes: The Laing Co., of Detroit, Mi., manufactured planetariums based on the patent (#578,108) issued to Alexander Laing in 1897. Frank Trippensee (a Laing employee) and his brothers bought the firm in 1905, and turned the simple string and pulley instrument into one that used a chain drive and gears. That form—for which Frank Trippenssee received patents in the United States (#881,875) and Canada in 1908—proved remarkably successful and remains in production to this day.

It still has the original wooden box that it is stored in (see photographs). 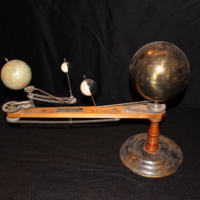 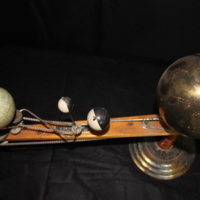 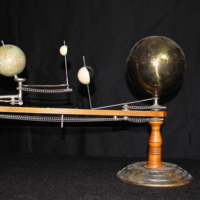 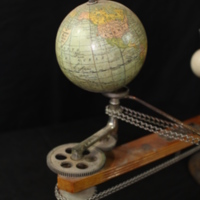 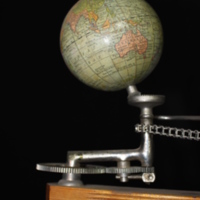 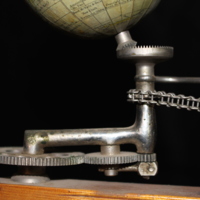 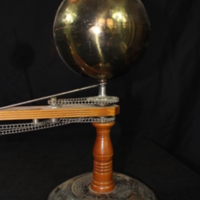 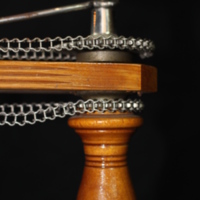 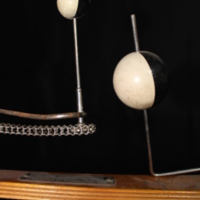 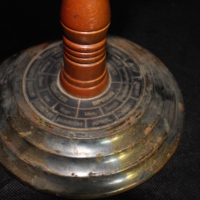 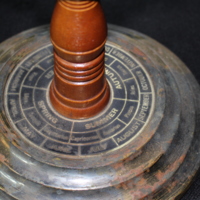 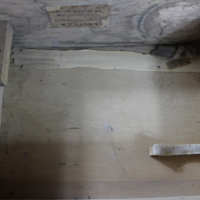 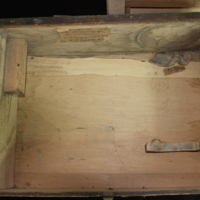 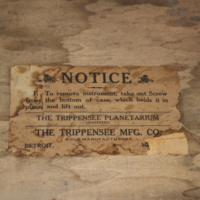