Original paper report of Jimmy Ray White's Report of Separation and Record of Service. Jimmy, originally of Kearney, Nebraska, served in the U.S. Air Force during the Vietnam War. He received an Honorable Discharge from the U.S. Air Force and the National Guard Bureau. Jimmy was father to Andy White. Jimmy passed away in 2004, after extensive chemotherapy and a long illness related to Agent Orange Gas Poisoning.

This report is also historically significant because it has boxes to designate "White" or "Negro."

National Guard Bureau - Departments of the Army and the Air Force 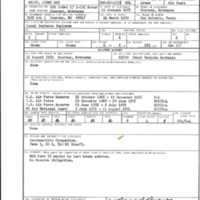 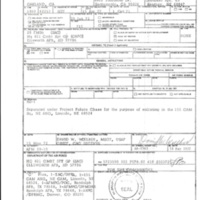