This sheet music is a ragtime instrumental song composed by Dan Desdunes in 1912. Janice Cleary who owns this amazing collection remembers seeing Desdunes leading his band in Omaha parades when she was young. Those memories make this artifact particularly dear to her. Desdunes who listed his address as 2120 N 24th St, made quite a name for himself as a bandleader in Omaha in the early part of the twentieth century. The cover promotes some of his other compositions such as the “Dandy Dancers Rag”, “Honey Bug Rag”, “Dixie Notions Rag”, “That Teasing Omaha Rag”, and “Mexican [sic] Thot Serenade”. A large ad inside the sheet music promotes Desdunes’, “Dividends of Smiles” arranged by Frank Boukal, and “Dedicated to Father Flanagan’s Boys’ Home”. This song along with many others aired on local Omaha station WOW as played by, “Father Flanagan’s Boys’ Home WOW Radio Band” in their studios at “the Woodmen of the World radio station each Sunday from 1:30 to 2:30 p.m.”.  Father Flanagan’s Boys’ are pictured meeting with legendary composer and bandleader John Phillip Sousa along with an image of Father Flanagan’s Boys’ Home. The caption promoting the home states it was located, “11 miles west of Omaha, Neb. on the Lincoln Highway, where more than 200 homeless boys, of every race, color and religion, are made into Good American Citizens”. Dan Desdunes’ music played a vital role in Flanagan’s integrated boys band.

The sheet music includes two additional promotions for sheet music titles published by Mickey Music Company of Omaha printed by Walton Process Chicago. The ads include Geo. E. Rausch’s rag, “Kinky Head” with a photograph of young African American child on the cover and Hans B. Parkinson’s waltz, “Steer My Bark” with an illustration of a woman sailing. Other promoted songs are Gaston Otey Wilkins and J. Meredith Woodward’s, “You”, Chas F. Stephenss’ polka, “Viola Two Step”, “Two Crushed Roses”, and “There’s Just One Love For Someone”. 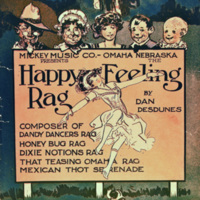 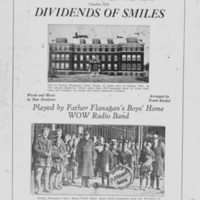 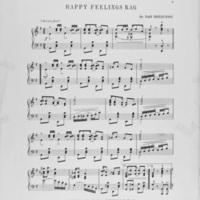 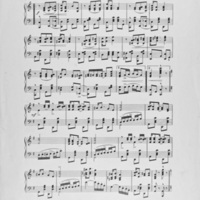 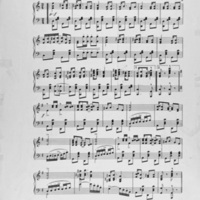 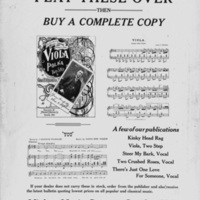 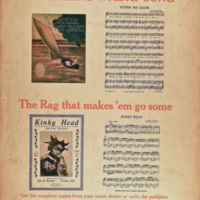