Eugene Sengstake Sr. was awarded air medals with ribbons for his service during World War II.

“The Air Medal is awarded to any person who, while serving in any capacity in or with the armed forces of the United States, shall have distinguished himself by meritorious achievement while participating in aerial flight.”

Eugene Sengstake Sr. of Lincoln, Nebraska served in the 110th Medical Regiment and later as a B-24 pilot. Sengstake served in the U.S. Army Air Forces from 1941-1944, and he attained the rank of 2nd Lieutenant. His service was in the South Pacific, including New Guinea. He was killed in action June 9, 1944 between Palau and Wake Islands. 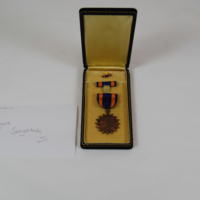 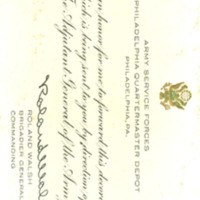