A pair of brown, leather shoes which belonged to Eugene Stengstake Sr. This type of shoe was normally issued to army officers for formal dress purposes.

Eugene Weagner Stengstake Sr. of Lincoln, Nebraska, served in the 110th Medical Regiment and later as a B-24 pilot. Sengstake served in the U.S. Army Air Forces from 1941-1944, and he attained the rank of 2nd Lieutenant. His service was in the South Pacific, including New Guinea. He was killed in action June 9, 1944 between Palau and Wake Islands. 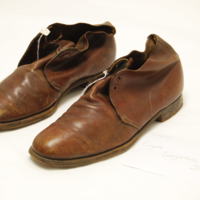 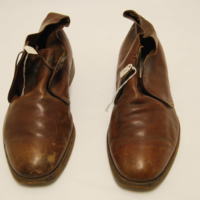 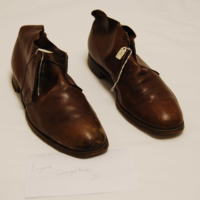