This is Eugene Sengstake's Long Short Snorter. A short snorter is a piece of paper money (as a dollar bill) endorsed by a member of an informal club, consisting of pilots, crew members, or passengers who has made a transoceanic flight, as a membership certificate for a new member. Often times soldiers would add a new bill to their short snorter each time he visited a new country. 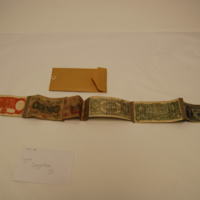 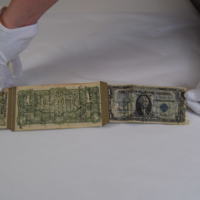 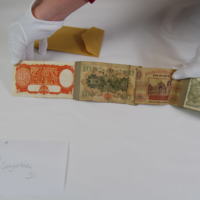