This is a letter from Mrs. E. Vierling in reply to a letter from Ruth Sengstake praising Ruth's son and reassuring Ruth on Eugene's whereabouts. Mrs. Vierling also has a loved one missing in action.

Eugen Wagner Sengstake Sr. of Lincoln, Nebraska, served in the 110th Medical Regiment and later as a B-24 pilot. Sengstake served in the U.S. Army Air Forces from 1941-1944, and he attained the rank of the 2nd Lieutenant. His service was in the South Pacific, including New Guinea. He was killed in action June 9, 1944 between Palau and Wake Islands. 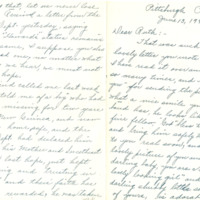 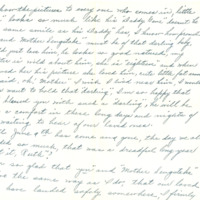 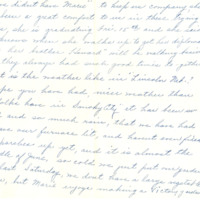 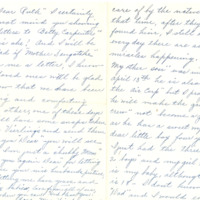