'When He Sang that Baritone He Sang Some Bear' sheet music

'When He Sang that Baritone He Sang Some Bear' sheet music

This pre-World War I song is about a baritone singer named William Washington Malone who, “Made them get so hot, they’d rag a new fox trot. The girls would Salome, they all would come and fetch the mo’ to hear old William Washington Malone”. The song continues with, “when he sang—the whole house rang…”. As the story unfolds the listener learns the fate of the baritone who becomes sad, loses his voice and by extension his livelihood. Why he became sad is not revealed within the lyrics. The song mentions singing was how Malone earned his “Jack” which is noted at the bottom of the page to mean money in the slang of that era.

The cover of this sheet music shows three women, Bess, Alice, and Florence known collectively as the Cotterill sisters. Maceo Pinkard and Otis J. Walden wrote this song and it bears a 1915 copyright. Janice Cleary who owns this amazing collection, assures us Pinkard was a booking agent and music publisher in Omaha before he moved on to New York. From there he wrote the legendary tune “Sweet Georgia Brown”. This song was dedicated to Mr. Maceo “Tony” Henike. The sheet music was published by the Dick B. Bruun Company of Omaha Nebraska and printed by Rayner Dalheim and Company Music Printers of Chicago Illinois.

An image of Bruun appears on the bottom of the cover along with the logo of his company, which includes a cartoon drawing of a mouse that predates the famous Mickey. He is wearing a suit and looking at some sheet music, which proclaims, “Croon a Bruun Time”. On the first page inside the sheet music is an advertisement for other Bruun titles that sold for 15 cents each post paid. The Ad includes another Pinkard tune, “I’m Going Back Home” and Brunn’s songs, “I’ll Be Back”, “When the Milkman Comes in the Morning”, “Howdy Henriella”, “In the Smoke of My Calabash”, “Thelma”, and “Street of Dreams”

The Dick B. Bruun Company 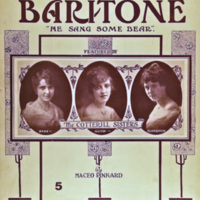 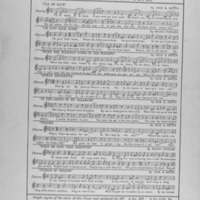 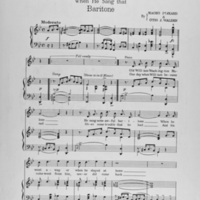 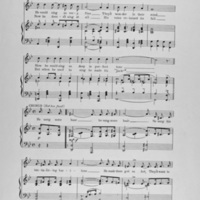 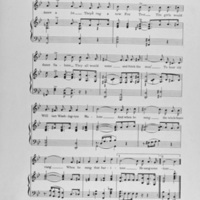 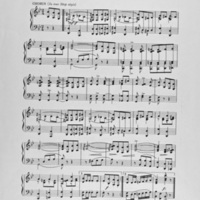