At the time of this photograph, Jewel Fannon was the Clearwater postmaster. Horse and buggies were the original means by which to carry mail, especially to rural homesteads. Mail by horse and buggy was not obsolete until the mid-20th century. 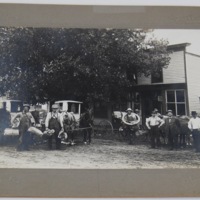 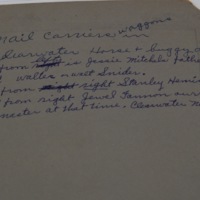