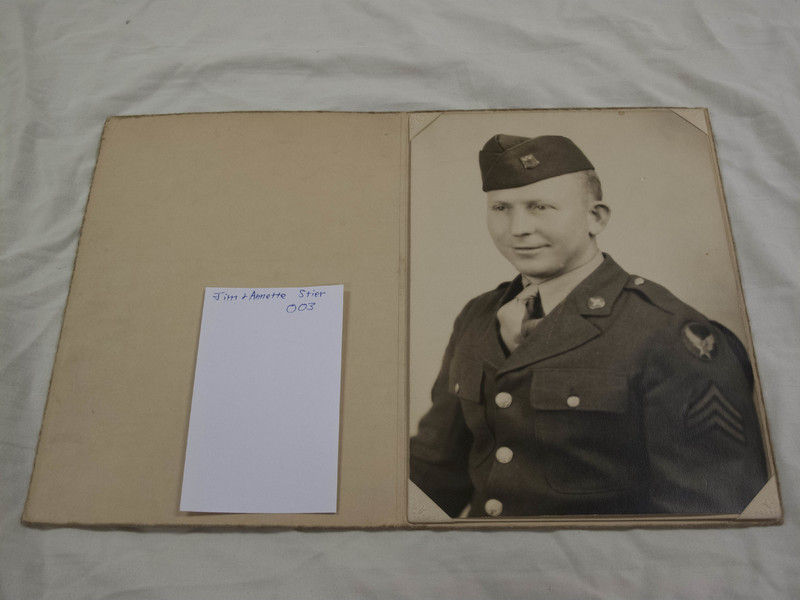 This collection documents the Stier Family, incuding Sam, Marie, Henry, Alex, and Mimi. The family arrived in New York from Liverpool, England on November 23, 1912. The family opened a grocery store in Lincoln in 1935 called the Grand Grocery on the corner of 10th and P. Alex served in the United States Army during World War II and was honorably discharged on December 14, 1945. 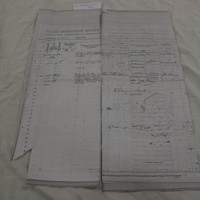 An immigration arrival record showing the arrival of the Stier family into New York from Liverpool, UK. 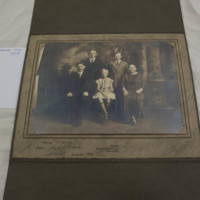 Stier family group photo from 1926, Alex Stier is in the back along with his brother Henry. 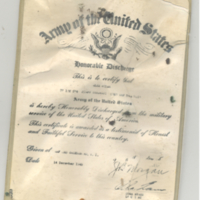 A card given to Alex Stier showing his honorable discharge from the United States Army. 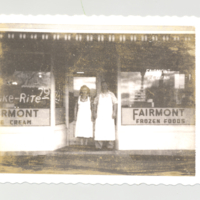 A picture of the Grand Grocery, built in 1872 on the corner of 10th & P streets in Lincoln, NE, and purchased by Marian and Henry Stier in 1935.