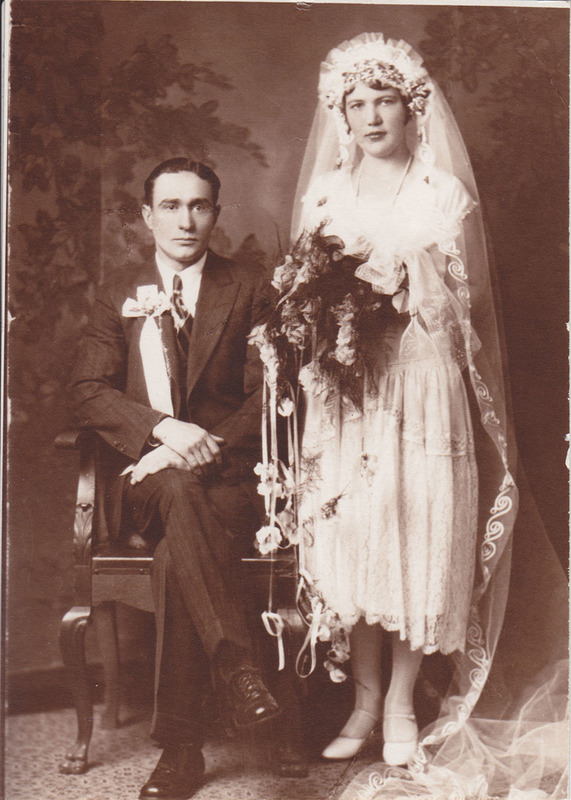 George and Elizabeth Schneider on their wedding day, January 12, 1930.

These photos and documents were contributed by Kenneth Schneider. They document the life of George Schneider, Ken's father from the time his family left Russia in 1911, to his marriage to his wife Elizabeth in 1930, and ending with George becoming a citizen of the United States in 1942. Also included is a pamphlet from the Zion Evangelical Lutheran Church celbrating its twenty-fifth anniversary in 1942. 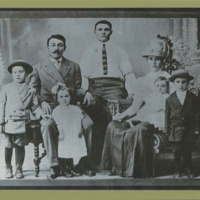 Jacob and Margaretha Schneider with their children, including George, prior to leaving Russia. 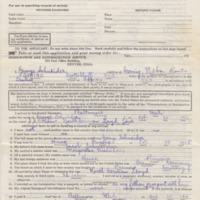 George's application for citizenship to the United States from January 21, 1937. 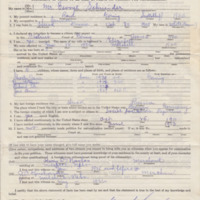 George's "Statement of Facts" for when he was applying for citizenship in 1937. 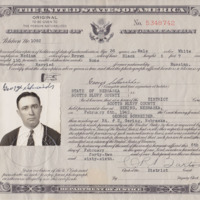 George's Certificate of Naturalization. He was made a citizen of the United States on February 6, 1942. 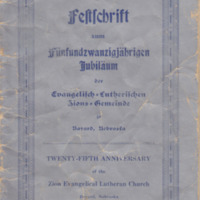 A pamphlet from the Zion Evangelical Lutheran Church celebrating the twenty-fifth anniversary of the Church. The pamphlet is in both German and English, which would have been unusual at the time.