Sherry Pawelko talking about who the Germans from Russia are

This collection of artifacts and interviews, related to the family of the Director of the Museum of the Germans from Russia, Sherry (Loos) Pawelko, covers the history of her own family and tying it in to the greater narrative of the Germans from Russia. The Museum, located in Lincoln, Nebraska, details the history of the Germans from Russia, who were ethnic German settlers who came to the Russian Empire during the reign of Catherine the Great, who offered various incentives and freedoms to the German immigrants to come settle in underdeveloped parts of the Empire following the Seven Years War. However, beginning with the reign of Alexander the Second, many of the freedoms that had been guaranteed by Catherine were rescinded, prompting immigration by the ethnic Germans out of the Russian Empire, which continued under Nicholas and after the Russian Revolution of 1917. Many of these Germans from Russia came to the United States and settled in the Midwest, which resembled the lands they had left behind. 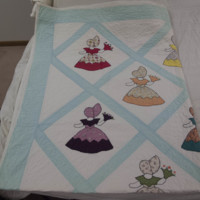 Sherry's Grandmother made quilts for all the children out of scraps of fabric she found.  This is Sherri's own quilt, it is close to 60 years old. 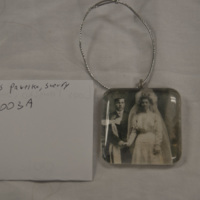 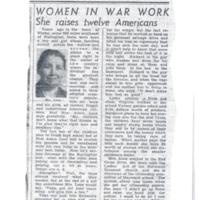 This is a newspaper article about Sherry Pawelko's grandmother, Katherine Loos of German Russian descent.  It talked about the challenges she faced while raising 12 boys and girls during the war. 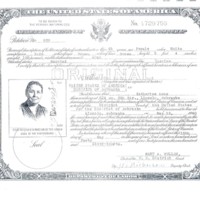 This is a United States certificate of citizenship for Katherine Loos.  Dated May 13, 1940.