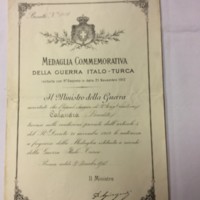 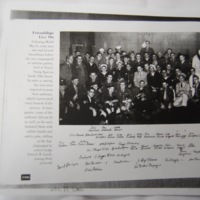 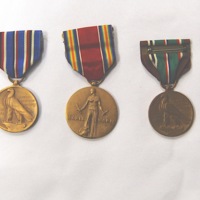 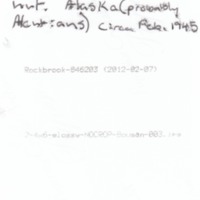 A good number of photos and objects collected during the harvest have to do with the war experience. War has always had a deep and disruptive impact on communities. The Italian-American community in Nebraska was no exception.

Italian-Americans served in both World Wars. Though sometimes their allegiance was called into question, especially during World War II, Italian-Americans felt the need to show more loyalty to their new homeland so as to prove just how committed they were to the United States. Italian-Americans had many relatives who stayed behind in Europe and served in the Italian armed forces. Photos from the Italian-Turkish war of 1911 in Libya is one example of their experience.

The photos and objects in this collection tell the tales of medals won and wars fought, show pictures of war-torn foreign lands, and display the patriotism and comradery only acquired through the hardship of battle. Less obvious is the anguish and the pain of wives, friends and family members back home. Private letters are excellent sources to fill this gap.