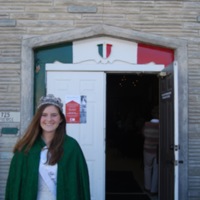 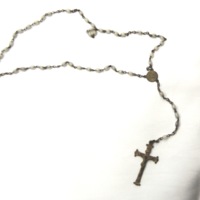 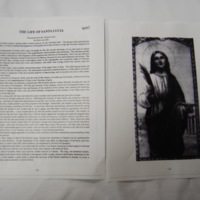 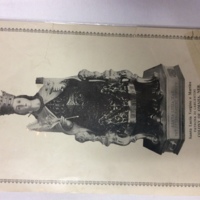 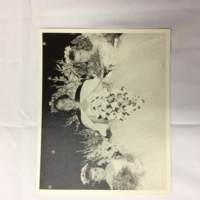 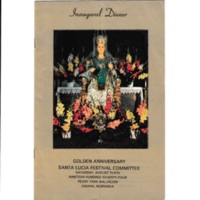 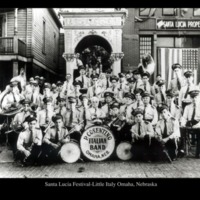 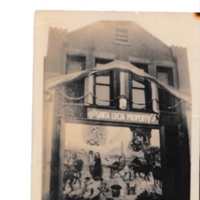 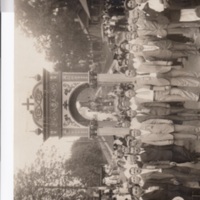 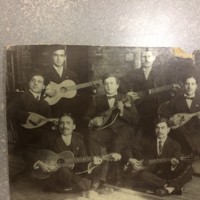 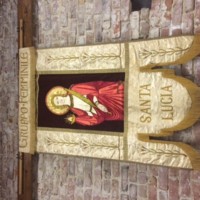 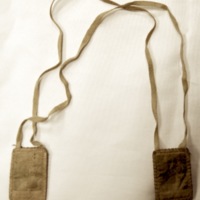 Italian immigrants, primarily of Carlentini, Italy origin, established their own "Little Italy" neighborhood in Omaha, Nebraska. Although they were thousands of miles from their homeland, the immigrants brought a sacred piece of their culture with them: Santa Lucia. Santa Lucia, commonly referred to as Saint Lucy, was a courageous woman from Syracuse, Italy who was persecuted for devoting her life to her faith. She became the patron saint of the blind and serves as a religious icon for the communities of Carlentini, Italy and Little Italy, Omaha, Neb. In honor of her, a Santa Lucia Festival is held in Carlentini and Omaha each year, culturally connecting these two cities. Today, Omaha's Little Italy has fewer people of Italian heritage living in the neighborhood; however, the faith in Santa Lucia remains deeply rooted in the community.

Rites of Passage →
Faith and Community