Original wooden road marker for Fort Kearney Crossing. The dates on the front are 1848, 1871. The marker was installed in 1910 and found years later. The dates on the front mark when the trail to Fort Kearney crossed the Platte River from 1848-1871 on the Overland-Oregon Trail, and there are visible bullet holes. Don received the marker as a birthday present c. 1996. It was found in the 1950s by amateur archaeologist Merwyn Henderson.
This web article has a much more detailed history of the artifact:
http://www.kearneyhub.com/news/local/history-buffs-solve--year-old-mystery/article_25afb46a-ebfc-11e0-9a0e-001cc4c002e0.html

The Soldier's Free Homestead Association of Gibbon, Nebraska (a.k.a. the Old Settler's Association) was a Grand Army of the Republic (GAR) group of civil war soldiers. They first came to Buffalo County in 1871 on a train with the purpose of homesteading land there. In the following years, they would meet on the grounds of Fort Kearney for picnics and reunions (see attached PDF photos). In 1906, this group organized into the Fort Kearney National Park Association with the goal of having their beloved fort declared a national part. At that time they decided to have an annual three-day reunion and gain political support for their idea with their representatives in Washington D.C.

The group wanted to place large, granite markers on the three crossing points and also honor General Carrington. Carrington had done a complete survey of the islands and the crossing route in 1866. He was still alive in 1910 and had planned to be at the reunion that same year. Sadly, his health was failing and he was unable to attend. Two years later, General Carrington died in 1912.

The group had a vision of Fort Kearney and the surrounding area eventually being a national park with many stone monuments and markers to tell the history and stories of Fort Kearney and the Oregon Trail. In August 1910 came the reunion at the fort and it was a marked success. They named the reunion "Camp Carrington." Over 500 people camped at the old fort and there were four to five thousand visitors including the Governor of Nebraska and a Nebraska Congressman.

Originally, the marker was meant to be dedicated and placed on Thursday afternoon (August 25, 1910), but was moved to Thursday morning due to some train schedule mix ups with the ceremony's scheduled speakers. The Fort Kearney National Park Association did not have the funds to purchase a stone marker so a temporary one was placed instead. The marker was dedicated by the Women's Relief Corp (WRC) to the women that crossed the Platte River at that point on the Oregon Trail.

Don Dingman also adds:
For the GAR to place a marker on any western trail is extremely rare. Unfortunately the effort in Washington failed that year and the group ended along with its cause. 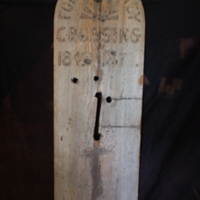 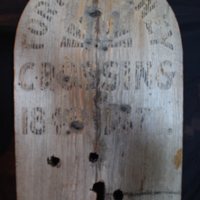 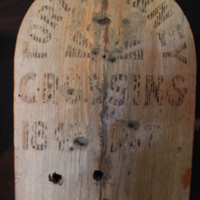 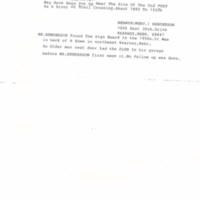 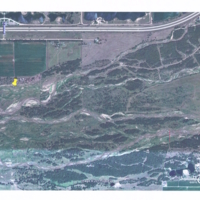 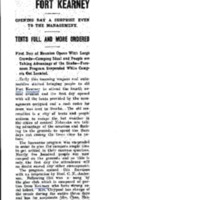 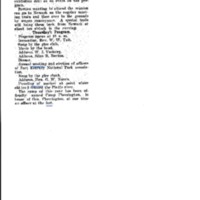 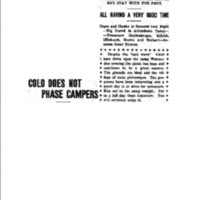 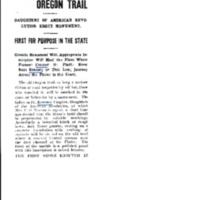 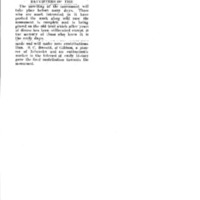 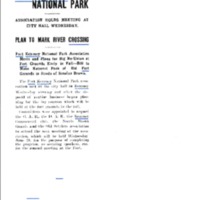 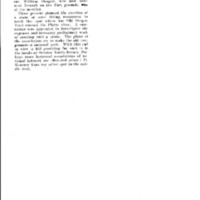 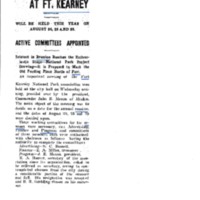 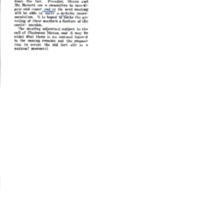 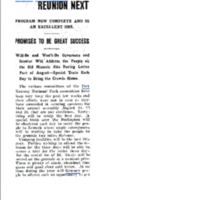 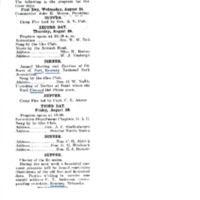 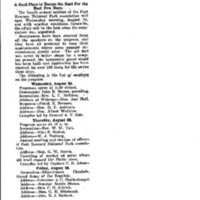 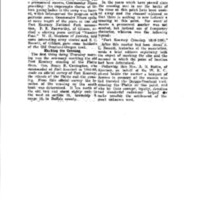 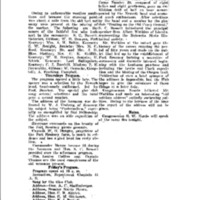 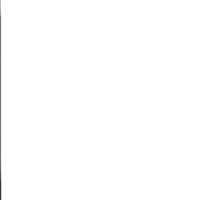